THE PROBLEM: LOW CUSTOMER DENSITY AND WIDELY DISPERSED SERVICE AREAS
Historically, AltaGas Utilities’ (AUI) meters were read bimonthly by 38 contract employees. As you can imagine, winter weather in Alberta can wreak havoc on meter reading, and at times entire cycles of reads would be missed. AUI wanted to improve the number and accuracy of its reads, and to reduce a higher-than-average incidence of meter-reader injuries.

In 2013, AUI changed from bimonthly meter reading to monthly. The intent of this change was to reduce customer concerns with estimated readings, but access issues and missed readings persisted. To compound things, the incidence of meter reader injuries (such as slips, trips and falls, and dog bites) rose proportionally — a direct result of the increase in read frequency.

THE SOLUTION: AMR
Driven to solve these problems, AUI researched Automated Meter Reading (AMR) technologies, specifically fixed-network and remote-capture methods. Fixed-networks tend to be better suited for heavily populated urban environments, whereas AUI’s system is predominantly rural. In addition, in order to facilitate a fixed-network, AUI would have to erect over 100 radio towers and repeaters throughout the province, something that was neither practical nor feasible.

AUI determined that the best option was remote-capture technology, which called for cradle-mounting its existing, handheld meter-reading devices in AUI service trucks. This also avoided the cost of new devices. Using remote-capture AMR, AUI personnel would collect meter data in the general vicinity of its gas meters, without having to enter private property. In addition, AUI estimated a significant reduction in the kilometers driven by vehicles used to collect meter readings, reducing overall carbon emissions. While the actual reduction could not be quantified until the final route design was completed, initial estimates suggested a drop of 50 to 75 percent. Further, AUI would eliminate the need for meter-reading contractors, replacing them with significantly fewer permanent staff.

AUI began planning for AMR conversion in 2013 with a pilot project in Grand Cache, a town of about 1,800 customers. Located on the edge of the Rocky Mountains, the town sees significant snow events, which can make meter reading difficult and time-consuming. With AMR, AUI employees could drive through town and collect reads, instead of slogging through meter-high snow banks. Success was immediately evident — meter reading dropped from 60 hours a month in the winter to less than two hours. Based on these positive results, it was clear that AUI should develop an enterprise strategy to convert its entire system to AMR. 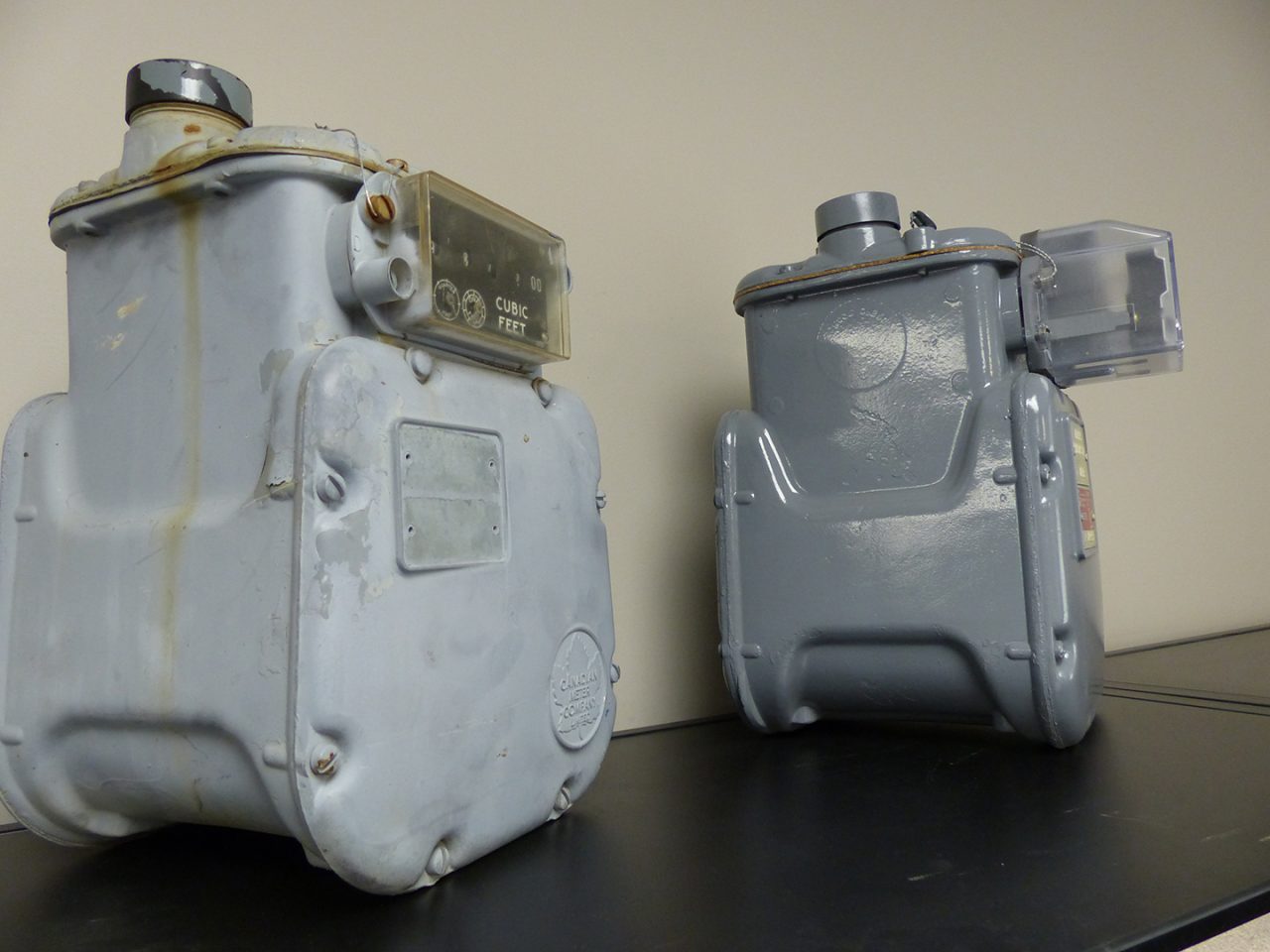 A BETTER SOLUTION: AERIAL AMR
In April 2015, three months before the implementation phase began, a representative of Stratocom Solutions met with the project team to introduce the concept of aerial meter reading. Stratocom had developed a technology to collect AMR data using an airplane and had been successfully reading meters for many small gas co-ops in rural Alberta for several years.

Given that AUI had recently converted Grande Cache to AMR, a test flight was planned to demonstrate the capability of Stratocom’s Aerial AMR technology. The success of aerial reads lies in the fact that there are less obstructions (attenuation) for radio signals radiating vertically than horizontally, where buildings, trees and other obstructions may interfere with reception. Stratocom’s plane, cruising between 2,200 and 2,600 meters, is in the sweet spot, where meter data is easily collected.

After a short, 57-minute flight from Edmonton International Airport, and about 10 kilometers from Grande Cache, the mobile read collector began collecting reads. With just two quick passes over the town, 99 percent of the reads had been collected. In all, Stratocom was able to collect in five minutes what it took AUI personnel several hours to complete driving. To verify the results, a second test flight in Grande Cache was completed, producing identical results.

THE PROJECT
It became readily apparent that aerial data collection could easily exceed the benefits AUI expected with drive-by collection. But would those benefits be replicated over AUI’s vast service territory? AUI had 21 meter-reading cycles; each of its 14 districts read meters 21 days each month. It was clear that Stratocom would need several aircraft dedicated solely to AUI every day. That is, unless another more viable solution could be found.

The answer was a challenge for old guard utility thinkers. The AUI project team determined that the smartest choice was to resequence meter-reading cycles. The status quo, reading meters based on local capacity, was replaced with read cycles based on geographic zones. While this was the most effective solution, it was by no means the easiest. With multiple billing regulations policing the process, the “how” of mass resequencing became a monumental undertaking. Fortunately, AUI was able to navigate the minefield and restructure the read cycles for optimal aerial collection.

Transformational change at a gas utility is never easy, especially when “we’ve always done it this way” is the common position. AUI could have accepted drive-by AMR using the status quo 21 cycles, so moving to aerial data collection was a sea change.

AUI made the decision early on to contract a project management professional to take the reins. It was critical that the diverse stakeholder groups within AUI work together, despite conflicting priorities. An external project manager provided the necessary expertise and neutrality to ensure that everyone worked toward a common goal and remained on target.

As with any small utility, these kinds of projects can become an added responsibility for staff, who still have their regular jobs to do. This was further complicated with an aggressive timeline — from project scoping in late-March to the start of field implementation in July. The team had to:
• Develop software parameters;
• Design an implementation plan concurrently with resequencing the meter read schedule;
• Develop a communication plan for customers in accordance with the regulatory rules; and
• Develop a contingency plan in the event that aerial reading didn’t work as planned. 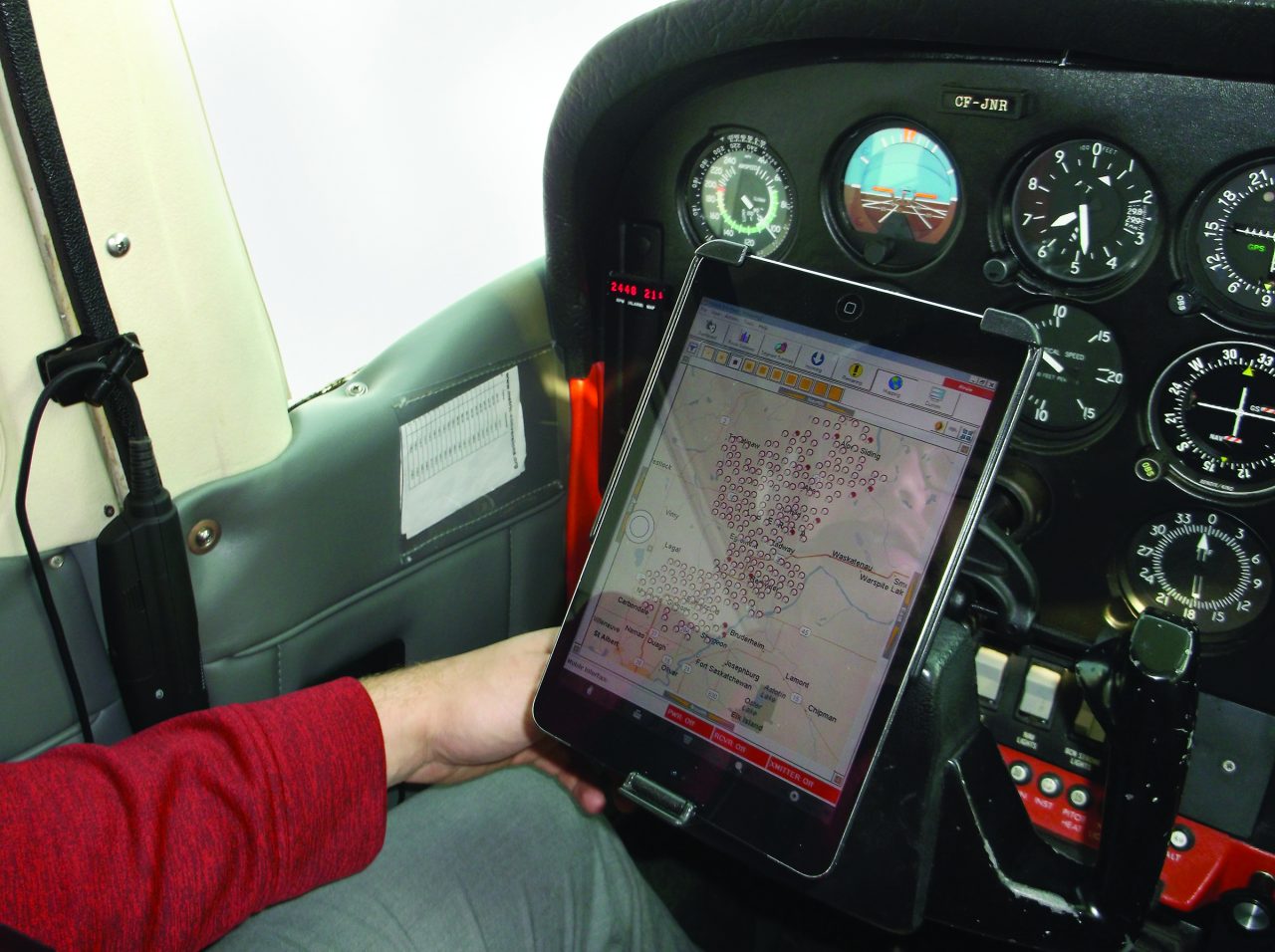 Data collector showing groups of end points, which disappear from the screen once the read has been received. (Stratocom Solutions)

THE RESULTS
November 2015 saw the first attempt to collect data by air. The reads came in as advertised with a collection rate greater than 99 percent, which produced a collective sigh of relief. Every new geographic zone followed according to plan with a successful project completion on March 2016.

AUI went into this initiative with some very clear goals, and achieved all of them:
• Reduce meter reading costs;
• Eliminate injuries due to meter reading – an unintended benefit was a drop in worker’s compensation premiums;
• Reduce missed reads – read capture increased from 93 to 99.5 percent;
• Reduce estimates and cancels/rebills;
• Reduce greenhouse gas (GHG) emissions – substituting 38 vehicles with one aircraft reduced GHG emissions due to meter reading by 80 percent (over 400 tonnes CO2 equivalent); and
• Avoid project cost overruns – the project was delivered on time and under budget.

Our customers were cooperative during the transition, and appreciate that we no longer enter their properties monthly. Read errors are minimal and there has been a reduction in billing inquiries.

Lessons learned:
• Not everything goes according to plan. Plans change and organizations need to be nimble enough to adapt quickly.
• Any significant project needs dedicated project management. Project managers set the tone, pace and keep everyone honest. This is not a job someone can do as a side job.
• Communication, communication, communication. This is the key to any successful project.
• Celebrate the little wins, the big wins, and include everyone.

Aerial meter reading may not be for every utility, but for AUI and our widely disbursed territories, reading meters by air ticked all the boxes. It is clearly the best fit for us. 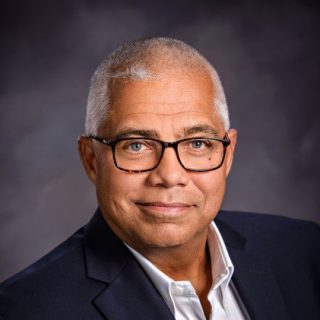 Russell Wintersgill, C.E.T. MBA, has over 30 years’ experience in the natural gas industry in both gas operations and construction in Western Canada. He is currently the vice president of operations and engineering at AltaGas Utilities, Inc.