FACING A GROWING DEMAND FOR ELECTRICITY, BC HYDRO IS TURNING TO AN UNLIKELY SOURCE FOR HELP: ITS CUSTOMERS.

The word “literacy” is being used a lot these days. Financial literacy refers to understanding how money works in order to make financial decisions. Physical literacy is about having the skills and confidence to participate in sports and physical activities. Then there’s energy literacy, which is an appreciation of where energy comes from and how we incorporate it into our lives.

According to Arien Korteland, program manager for BC Hydro’s residential Power Smart program, people might have a good idea of how much it costs to operate their automobiles, but when it comes to powering their homes, they tend to draw a blank. “People have no idea what a kilowatt hour is, let alone what their consumption is,” he said.

BC Hydro’s residential Power Smart program is designed to help customers manage their electricity use. That task can be difficult if people only pay attention to their electric service when it’s not available. In a phone interview from his office in metro Vancouver, Korteland suggested that people think of electricity in the same way they think about toilet paper.

“Sure, it’s not very top of mind when you have it,” Korteland said, “but it becomes a real concern when you run out.”

The same can be said of customers who only think about electricity when they get their bill, or when a storm causes an outage. However, helping customers better understand their electricity consumption is critical to BC Hydro, because the company is planning to implement conservation measures to help meet increasing demand.

In the end, providing information in itself will not be sufficient.We will need to connect regularly.

British Columbia is growing. There are currently 4.6 million residents in the province, and a September, 2014 report from Statistics Canada projected that in the next 25 years, the population will swell by at least 600,000 people, and by as many as two million. And the province of B.C. is also forecasting continued development in resource industries. It all adds up to an ever-increasing demand for electricity, perhaps, as much as a 40 per cent increase by 2020.

Recognizing that conservation measures are less expensive than generating ever-increasing quantities of electricity, and recognizing that they have less of an environmental impact, the provincial government passed the Clean Energy Act in 2010, which calls on BC Hydro to meet 66 per cent of future electricity demand through a combination of conservation and energy efficiency.

The company plans to invest $1.6 billion in equipment and system upgrades, as well as programs to get customers to help in conservation efforts. Some of that investment includes the rollout of smart meters across the province, a measure that began in summer 2011. The new smart meters record hourly consumption at residential accounts — with some general service business accounts the interval is five minutes — and push that data to BC Hydro up to three times a day.

The value of consumption data

“It’s not that different from what we were doing before,” said Korteland. When a customer received their bill every two months, they received feedback on their consumption in the form of how much electricity they had used in the last billing cycle. “But few people know what they did two months ago.”

By having access to smart metering consumption data, Korteland adds, “We’ve moved from six data points a year to just under 10,000, based on 24 hourly values in a day.”

Even though people might not remember what they did two months ago, they tend to remember what they did yesterday. The consumption data points are now close together, coming once every hour instead of once every two months. “All of a sudden, we can show our customers their monthly, weekly and even daily consumption patterns. And that in itself is very insightful,” Korteland said.

Getting customers to use less electricity requires them to make changes in their lives, whether it’s changing to efficient LED lights or turning down the thermostat. “If you want to increase the chance of influencing customer behaviour change, we’ve learned that you need to provide more direct feedback on what people are doing,” said Korteland.

Customers can access their consumption information once they link their existing electricity account to an online profile. New customers can do so while opening an account. The MyHydro customer portal includes features such as moving an account, creating billing and payment arrangements, and setting up subscription alerts for abnormal energy usage.

Nearly one million residential customers have signed up at MyHydro, which is more than half of BC Hydro’s 1.7 million accounts. More than a third of MyHydro traffic comes from mobile devices, including smartphones and tablets.

Energy consumption awareness plays an integral part in increasing a customer’s literacy of their consumption usage, which is why BC Hydro presents a basic consumption graph on its MyHydro landing page. It includes a direct link to a detailed graph that displays the information in a number of different ways. “Almost 40 per cent of our MyHydro customers are using the energy consumption graphs,” said Korteland. “We find that people are quite happy with them.”

The consumption data can be organized by billing period, by day, or by the hour; and customers can choose whether they want to see the data presented as a graph or in a chart. The spreadsheet format allows a customer to export up to three years of historical information.

In addition to being able to see their basic electricity use, customers also can compare their consumption against the average outside temperature, their consumption in the previous year, or with similar homes in their neighbourhood.

How customers are using consumption data

Customers can do much more than just view their past consumption data online. MyHydro provides a projected cost for their next bill, based upon a forecast using the amount of electricity a customer can expect to use in the remainder of their billing cycle. Further, customers can set an alert to be notified when they are approaching the higher pricing in BC Hydro’s stepped rate. Nearly 40,000 residential customers have already subscribed to receive either a consumption threshold notification, an alert or a reminder to log in to MyHydro.

With consumption data available at BC Hydro customers’ fingertips, more focus is being placed on how the information can be used. Elizabeth Morse, a Vancouver-based freelance writer, documented her efforts to rein in her family’s electricity usage in a series of blog posts for BC Hydro’s website. She learned that her family was using nearly twice the amount of electricity as her neighbours in similar homes. “We were by far the biggest energy users on the block,” she wrote.

She conducted an energy audit and found a number of ways to reduce electricity consumption, ranging from installing programmable thermostats to installing power bars in order to manage standby power waste. In only a month, Morse’s family reduced their electricity use by 41 per cent compared to the same month the previous year.

BC Hydro staff are electricity customers too, and even they have been surprised by how useful online consumption information can be. One BC Hydro employee provided a story about how she used MyHydro to avoid a long, unnecessary trip when she thought she had forgotten to turn off the oven while housesitting. She was able to use the MyHydro information to see a usage spike in the hourly consumption data when the oven was being used, and then a sharp decrease in consumption when the appliance was turned off. That was proof enough that she had, in fact, turned the oven off.

Korteland said that as customers become more used to seeing their consumption data, they are beginning to expect BC Hydro to provide them with more timely, accurate information. The next step, to allow customers to see how much electricity they are using in real time, is being introduced through home energy monitors.

The home energy monitors are able to communicate directly with the smart meters and can provide visual feedback about both the amount of electricity that is being used as well as the dollar cost of that power. “Basically, it indicates what you’re using right now,” said Korteland.

BC Hydro has two models of energy monitors available to residential customers who meet certain eligibility criteria. One monitor mounts to the wall or stands on a counter and shows basic, real-time consumption information. As customers turn appliances and electronics on or off, they see how the amount of electricity flowing changes as a result. Another energy monitor model uses an Internet gateway, which connects to the customer’s Wi-Fi. It uploads the usage information to the cloud so customers can access the data through an app on a mobile device.

Both energy monitors are a move towards home automation. There are products available now, said Korteland, that permit customers to control their lighting from a distance. And, as these products reach more attractive price points, he can foresee some integration. “We’re following these trends and seeing where we need to step in,” he said. “But we will be concentrating on the electricity consumption first and foremost.”

With specific information about how customers are using electricity, Korteland said that customized, personalized analytics are becoming more possible. “It will provide them with specific things they can do to lower their consumption,” he explained.

But those prescriptive solutions require customers to look at their electricity usage regularly. Already, the customers who get the maximum benefit from the features provided at MyHydro are those who visit the site on a regular basis.

In doing that, BC Hydro hopes to increase the energy literacy of its customers so that when they flip on a light switch, they have the same awareness they get from visiting the gas station to fill up their vehicle every week or two. 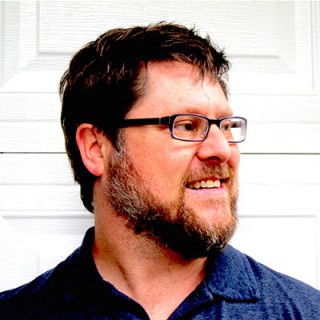 Blaine Kyllo is a Vancouver-based writer and frequent contributor to BC Hydro’s stories, newsletters and bchydro.com.