Building a Culture of Readiness and Resilience

Getting employees on the same page from multiple, widespread work sites can be challenging. This is one rural utility’s story.

The Central Lincoln People’s Utility District (PUD) serves a coastal community of 55,000 people spread over 700 square miles. About 112 miles of the service area extends along the Pacific Ocean, and is surrounded by national forestland — rugged and beautiful.

This exposure to the elements makes system readiness and resilience critical. Central Lincoln PUD’s system is built to withstand 130 mile-per-hour winds, and there have been a few years in which our lines and poles have been tested to that degree. Salt air and an average annual rainfall of 70-plus inches keep our linemen and substation/transformer crews vigilant.

To keep reliability and customer engagement high, we have operations centers and customer-facing offices in three of the 10 cities we serve. Operating multiple locations presents a challenge to keep every employee engaged in emergency planning, but we have begun a multiyear campaign to boost employee preparedness. 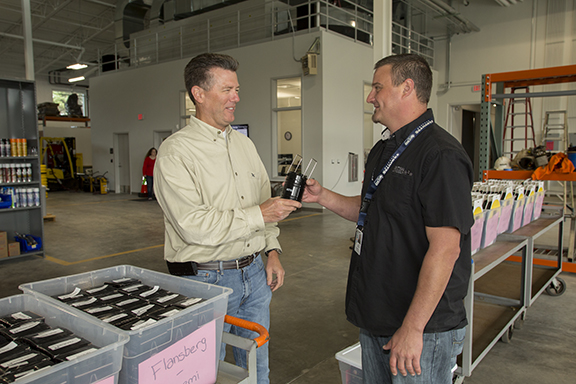 The first year into our preparedness work, we handed out a lightweight water filtration system to every employee at our annual, all-employee training day. We explained that we were going to kick our disaster preparedness efforts into high gear, and we wanted each worker to be prepared as well.

Some gave us amused looks, but everyone took the filters home.

The next year, we spent our training day discussing why being prepared was so crucial. We covered how to get ready and other procedures, and ended the day giving out foil-wrapped, vacuum-sealed, 2,400-calorie food bars and foil packets of water, which were guaranteed to be edible or drinkable for five years. We saw some skeptical faces, and fielded dubious questions about how such rations would taste, but after a day talking about the cold realities of the Oregon Coast after an earthquake or tsunami, or a one-two punch of both, few employees turned us down. 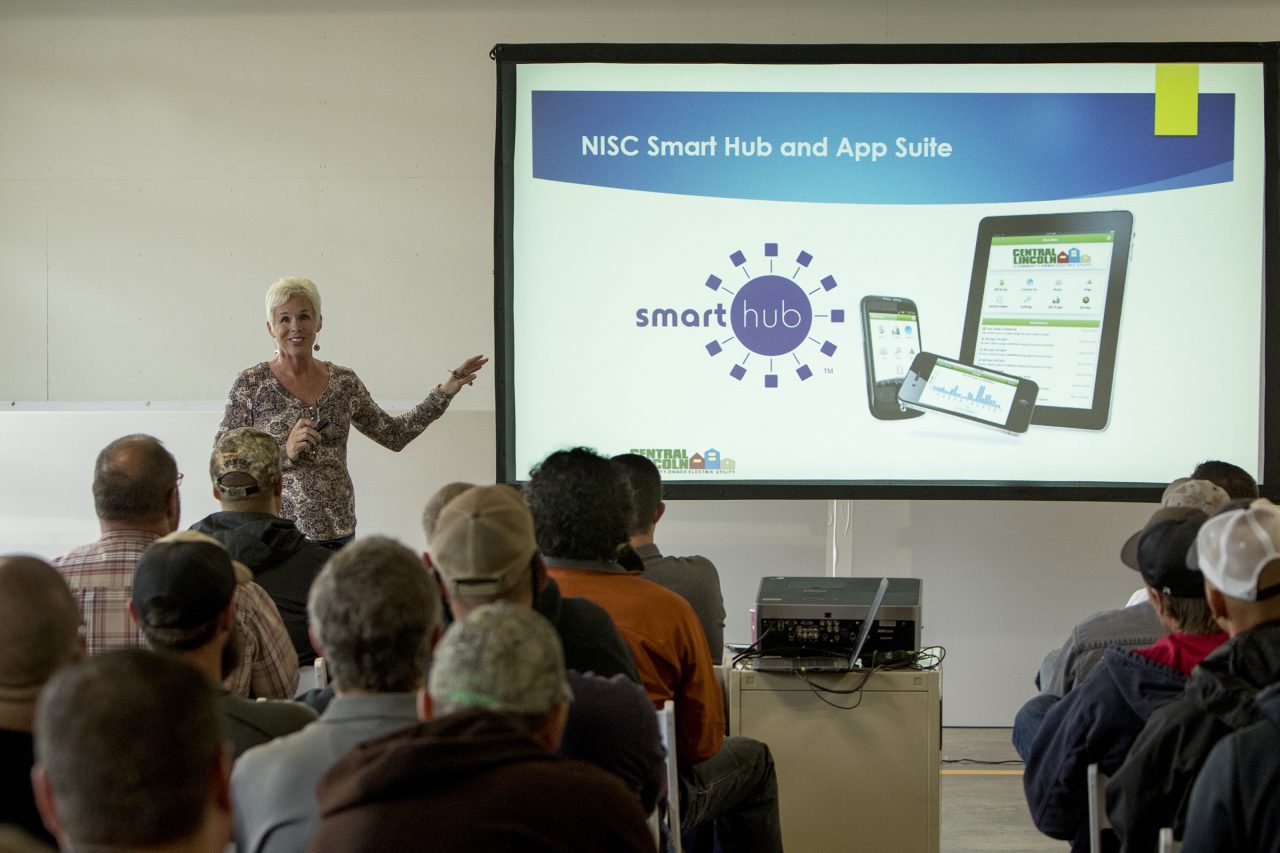 General Manager Debra Smith commends employees at this year’s training day for their work in completing a list of complex projects in 2017. (Photos courtesy of Central Lincoln PUD)

We amped up the “cool” factor our third year, as well as our intensity: Every employee received a solar-powered smart phone charger for his or her emergency go-bag. Go-bags are emergency backpacks filled with supplies for potential one- to three-day treks to reunite with family immediately after a catastrophic event.

We also launched our all-hazards emergency action planning, based on the nationally recognized incident command center (ICS) system for managing emergency incidents. ICS is the foundation of the National Incident Management System and the National Response Framework. The use of ICS is required by government regulation for hazardous material and environmental response incidents, as well as for disasters. It is the form of response for federal, state and local first responders. ICS provides a centralized management structure to enhance communication and coordination between decision-makers and line staff. It offers a shared language for communications, and a common understanding of the roles and responsibilities of various personnel in emergency response. At this point, we could see employees were really becoming engaged.

All of our employees completed ICS 100-level training during the second year of our preparedness planning. New employees are required to complete ICS 100 by the end of their third month. Mid- and upper-level managers completed ICS 300 — Intermediate ICS for Expanding Incidents — this year. In addition, GPS devices were installed in all fleet vehicles to assist in location during or after an emergency.

Our approach to emergency preparedness is incremental and it will take many years to achieve a state of readiness that will serve us completely after a major event. But slow and steady progress is exactly what’s needed to shift our culture in a lasting way. Our service territory is in the middle of the Cascadia Subduction Zone, which stretches from mid-Vancouver Island to Northern California. Therefore, the chance that we will experience a major earthquake is very real.

Being truly ready also requires a hard-eyed “nothing’s off the table” approach. We hired an outside consultant to take that tough look and, as a result, we closed a customer-facing office in a tsunami inundation zone, and another in a flood zone. We also started offering customers new ways to pay their bills and to interact with us, and we found different ways to build community and connections with them.

Most important, relocating our Northern Operations Center in Newport, Oregon, became our top priority. The 60-year-old facility was on low-lying ground, entirely within a tsunami inundation zone. This facility would be a complete loss in the event of a tsunami or other high-water event and, ironically, it was located near an estuary, in addition to being in close proximity to the Pacific. The substation, transformer, meter and communications crews serving our entire territory were housed there, as were most of their supplies and equipment. 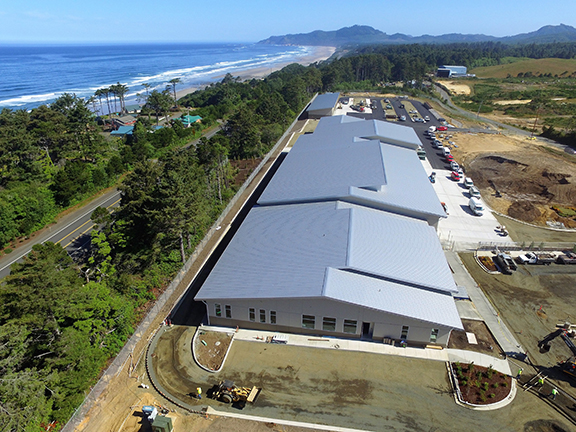 In a geographically and topographically challenged area with strict zoning restrictions, finding flat, suitable land with the acreage needed to relocate was perhaps our biggest challenge. Not only did a new property have to be well above the tsunami inundation zone, it also had to be geologically sound. Ultimately, only one available site met all of our requirements, but it was comprised of 12 lots with four different owners. If one or more landowners had learned their property was crucial to our project moving forward, we knew the asking price was likely to climb beyond market value. Fortunately, we were able to quietly negotiate with all of the owners simultaneously, and were greatly relieved when every purchase agreement was finalized within budget.

Our five, publicly elected board members, who had made emergency preparedness one of their highest priorities for Central Lincoln, backed their determination with a vote that could have been politically risky, approving $27 million in revenue bonds to pay for a new operations center for a utility with annual gross revenues of $91 million. After a thoroughly planned and executed public information-sharing campaign, resistance to the extensive project was nearly nonexistent, and the new Northern Operations Center was completed this year in Newport, Oregon. The facility was carefully designed not only to accommodate the needs of each group housed there, it was built with ICS top-of-mind. A large conference room is configured and wired to serve as an incident command center, kitchen facilities are large enough to serve command, crews and support personnel during and after a large-scale disaster, and shelter-in-place storage spaces are included. It is built to category 3-4 seismic standards.

A majority of our customers understand that being prepared requires significant resolve: A school district we serve, that has just 5,200 students, was able to get a $63 million dollar property tax levy passed six years ago. The funds were used in part to replace a high school that was in the tsunami inundation zone.

Next for Central Lincoln’s physical preparedness is a remodel of our Southern Operations Center, including seismic upgrades. We have also completed a vulnerability risk assessment of our transmission plant, fiber and substations.

In keeping with a multitrack approach to disaster preparedness, we have signed and executed mutual aid agreements with utilities in Oregon, as well as with fellow American Public Power Association members, National Rural Electric Co-op Association members and the multistate Western Regional Mutual Aid Group (WRMAG). While Central Lincoln was blessed with a somewhat gentle winter in 2016-2017, other utilities in Oregon and California were hit with catastrophic ice and snow storms, leaving thousands of customers with temporarily uninhabitable homes just 60-100 miles away.

We were able to send multiple crews for more than a week to one area where thousands were without power. We were touched to see appreciative letters to the editor, and heartfelt thanks on social media and via email from that utility’s customers.

“Our goal is to provide assistance whenever we can, because asking for and receiving aid when and if we need it is a cornerstone of our recovery planning,” explained Central Lincoln’s General Manager Debra Smith. “Events such as severe ice storms and massive snowfalls provide tangible reminders to our employees that emergencies will indeed happen, and there’s no excuse not to be prepared.”

In addition to the water filters, emergency rations and solar chargers, every employee has received suggested checklists with recommended go-bag items, as well as a suggested list of items for sheltering at home for two to three weeks. Every vehicle in our fleet also has a ready-to-go emergency pack with three days’ worth of supplies in it.

For our fourth year of preparedness, employees received a backpack for their go-bags, and a multipurpose bucket and lid. “It’s so crucial to keep reinforcing preparedness,” explains Project Manager Gail Malcolm. “Nearly every item employees receive from us has an emergency application or purpose, whether the item is a thank you for serving on a committee, or for doing an exceptional job. This really helps drive home that we are committed — preparedness becomes part of our culture, rather than something we do once.”

This year, in addition to a portable LED lantern, employees will receive an item that few have considered, but which all will need: a fitted toilet seat to go with last year’s multipurpose bucket. “I test drove the idea with a few employees and they really liked it,” Malcolm said, laughing. 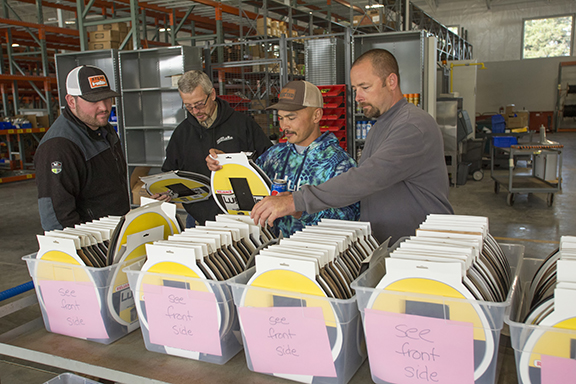 “It’s sobering to think about the kind of devastation a Cascadian earthquake or tsunami would leave behind, and yet creating a culture of preparedness requires our employees to think about it regularly,” explained Smith. “We know that until our employees’ families are safe and taken care of, they won’t be able to begin the crucial work of safely restoring power to our customers. So part of our focus is to help our people get ready. Increasing system resiliency and improving employee readiness are both important, incremental efforts.” 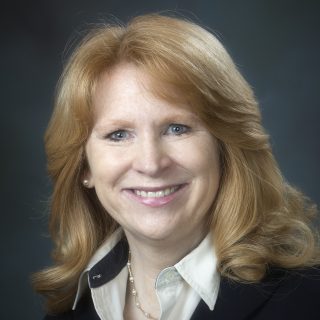 Chris Chandler is public affairs manager for Central Lincoln PUD. She is a certified economic developer and a former news reporter.