Creating a Road Map for Investing in Utility Infrastructure

Investing to improve aging infrastructure is critical if a utility is going to remain reliable and safe.

Hydro Ottawa is the third-largest, municipally owned electrical utility in Ontario. It serves more than 320,000 residential and commercial customers in Ottawa and Casselman in Eastern Canada. Like many utilities, Hydro Ottawa built large segments of its distribution system during the 1960s, 70s and 80s. In recent years, the utility found itself needing to invest in its aging infrastructure at an accelerated pace to improve system reliability and reduce interruptions. The company needed a strategic approach to asset investment planning to achieve its goals.

In October 2012, the Ontario Energy Board (OEB) raised expectations for evaluating utility investments by releasing a new policy entitled, Renewed Regulatory Framework for Electricity Distributors: A Performance-Based Approach. This policy clearly stipulates that planning is the foundation for rate setting, and that standardized methods and tools should be developed for preparing these plans.

In early 2014, Hydro Ottawa launched an initiative to define and deploy a new asset investment planning program within one year. At the highest level, the company’s goal was to implement a solution to identify the investments that deliver the greatest overall value to the company — while respecting funding, resource and timing constraints, and remaining within the organization’s tolerance for risk.

This case study describes Hydro Ottawa’s process to select and implement an asset investment planning solution, and shows how the company now uses predictive analytics and portfolio optimization to produce interdependent short- and long-term plans for its projects and programs.

Better decision making: Improve the company’s decision-making framework and investment planning capabilities to demonstrate to the board and the OEB that the investments selected deliver the greatest value to the organization. Hydro Ottawa also had to demonstrate that the process was sufficiently rigorous to support and justify the proposed capital budget.

Meet or exceed OEB regulatory requirements: Tackle the new OEB requirements and lead the way in helping other utilities meet these high standards.

One source of truth

First, Hydro Ottawa hired Ontario-based Montera Corporation to help assess the company’s current state, identify gaps and provide unbiased support in selecting a solution. The company’s process for planning investment decisions was well established, but also very convoluted, with multiple versions of the same information fragmented across multiple systems. This created inefficiencies and an overreliance on a handful of subject matter experts who knew where specific information could be found, and how to manipulate the data.

The company wanted to be able to adapt to execution shortfalls, examine variances, and redirect funding and resources to projects that would deliver the greatest additional value.

Hydro Ottawa realized that its processes were not sustainable in the long-term, and would not support its requirement to handle multiyear budget planning. The company needed a single investment repository, “one version of the truth,” where staff could collaborate on the most current planning data. This would help reduce the amount of time spent managing spreadsheets, and establish a robust set of business processes to make investment planning more effective and efficient.

The second improvement area was to continuously adapt the company’s forward-looking plan to the results of executing projects. Nothing goes exactly according to plan, and planners were finding it difficult to answer questions such as, “What is the impact of a project going over or under budget?” and “What value do we get from deferring or advancing a project?” The company wanted to be able to adapt to execution shortfalls, examine variances, and redirect funding and resources to projects that would deliver the greatest additional value.

The other challenge was linking actual accomplishments to longer-term plans. If, for example, the plan was to replace 1,000 power poles in a year, but only 500 were replaced, it was difficult to determine the impact of the shortfall on the long-term plan without a lot of time and effort.

Last, but not least, Hydro Ottawa wanted to better understand the sustainment needs of its assets. The company wanted to predict how assets degrade over time, and to determine the optimal, long-term investment strategies for those assets. Its goal was to better understand the risks and impact of its assets degrading over time, and to gain confidence that the company was making the best decisions to properly sustain those assets. 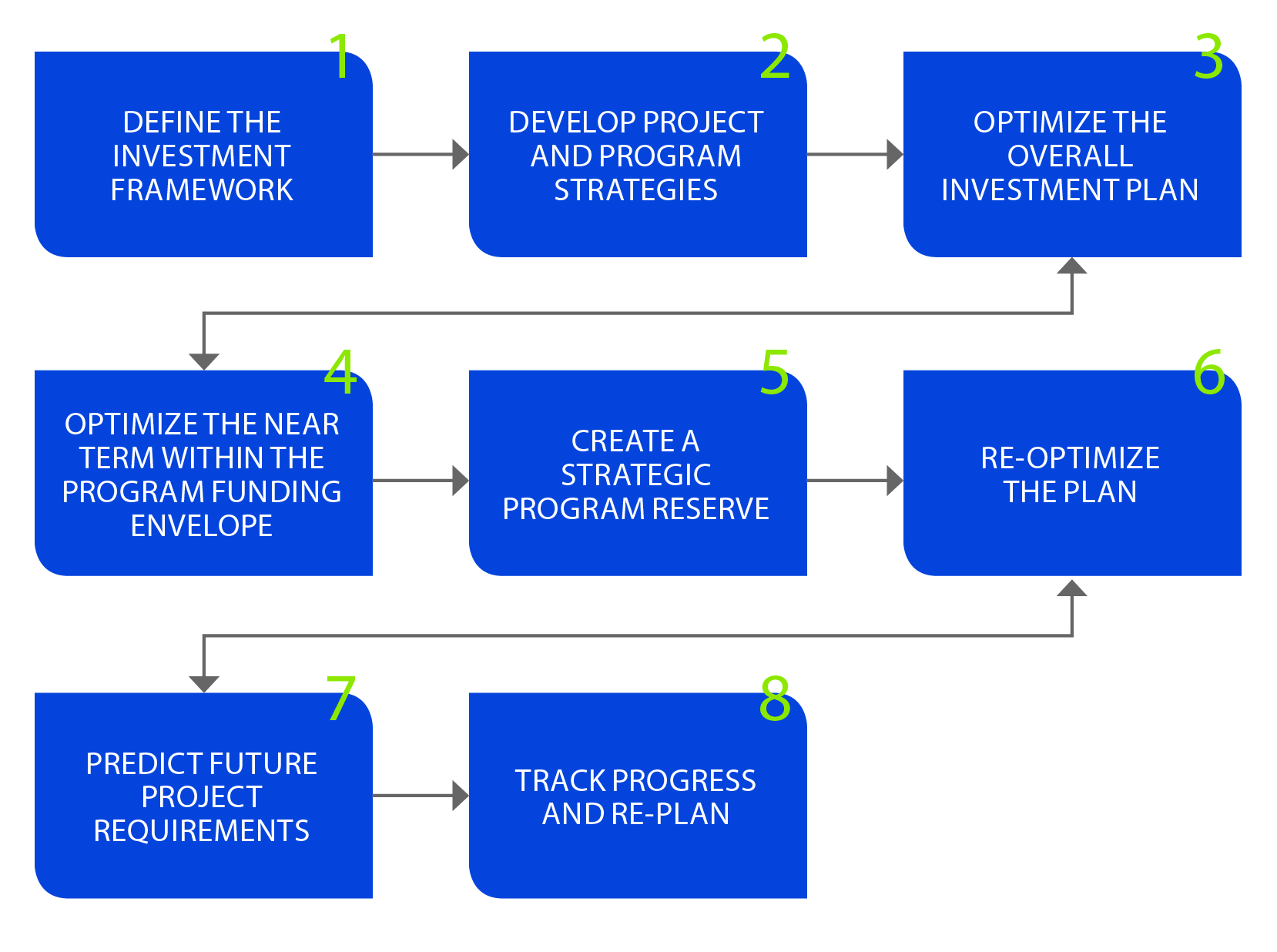 Copperleaf facilitated a series of workshops with key Hydro Ottawa stakeholder groups to break the problem down into individual steps. Then the team created a rigorous, repeatable process that incorporated evidence-based data and the organization’s engineering, operations and financial expertise. The first three steps of the process are:

This step is the most crucial because it involves developing a value framework as the basis for how all investments are valued. The value framework is used to determine the merit of an individual investment, and it also serves as the means to compare investments when they are competing for resources in a constrained environment. The approach used by Copperleaf defines value based on what the organization is trying to achieve. Hydro Ottawa’s strategic plan and objectives, asset management policy key performance indicators (KPIs), risk tolerances and other information fed into this process.

Organizations typically have their own approach as to which investments should be represented as projects versus programs. Hydro Ottawa identified 180,000 assets and 330 near-term projects for consideration, including:

The team of subject matter experts used C55’s Asset Analytics to identify station assets requiring investment, then developed various project strategies for dealing with those assets. C55’s Program Analytics was used to model the future sustainment needs of Hydro Ottawa’s distribution populations based on risk and economics, and to analyze the program level impacts of various funding scenarios.

The reliability benefit of a program is expressed as the difference between the cost of the baseline program and the sum of the reactive replacement spend plus the failure effect cost of the program.

To illustrate how this works, Figure 2 shows selected results from the analysis performed on Hydro Ottawa’s wood pole program. The analysis suggests that replacing 150 poles per year results in the minimal total cost. However, replacing 300 poles per year is only about $1.4 million more expensive over 50 years, but it more than doubles the reliability benefit over this period. The total cost of the program is therefore one criterion that should be taken into account, but in cases such as this, marginal improvements could also be considered.

Invariably, when it comes time to create the budget, the requests to spend money typically outweigh the available funds and/or resources. So the question becomes: How does an organization decide which projects and programs levels to include in the plan? Hydro Ottawa used the optimization capability within C55 to help with these difficult decisions.

Optimization is a mathematical process that determines the optimal set of investment alternatives — and the optimal timing of each investment alternative — that deliver the maximum value, while respecting the funding, resource, timing and project-dependency constraints. Optimization incorporates how value and risk change over time to help an organization make the proper decisions about which projects to defer or move forward.

Each of the viable project and program strategies that were developed by the Hydro Ottawa subject matter experts in the previous step were included in the optimization analysis. In the first round of optimization, only one alternative was deemed viable for each project — whereas each program had multiple alternatives. Approximately 330 near-term projects were analyzed, as well as two programs with various alternative levels of investment. In future years, more programs, and more project alternatives, will be considered. 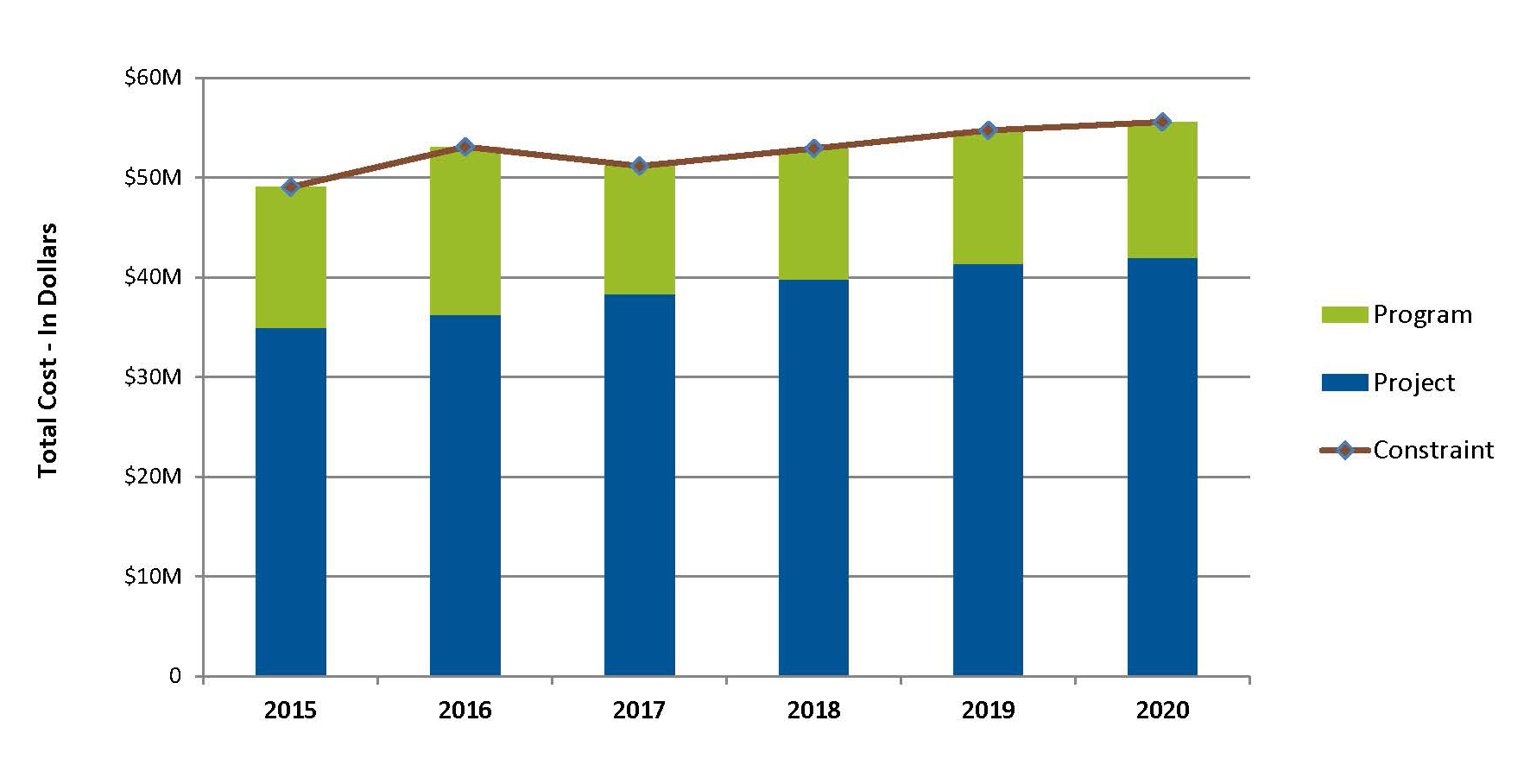 Some of the investment value criteria include elements that represent the mitigated capacity compliance, financial, safety and environmental risk. Figure 4 shows overall how risk is mitigated by the optimized investment scenario for the set of projects and programs that were analyzed. It compares the baseline risk (the risk the Hydro Ottawa would face if the investments were not made) against the residual risk (the risk Hydro Ottawa would face if the recommended investments were made) for each year in the planning horizon, for the subset of Hydro Ottawa’s assets. It can be seen that the unacceptable risk (high in this case) is significantly decreased in 2016, and has been eliminated by 2017. Even the medium level of risk has been significantly curtailed by 2017 and remains low throughout the planning period. 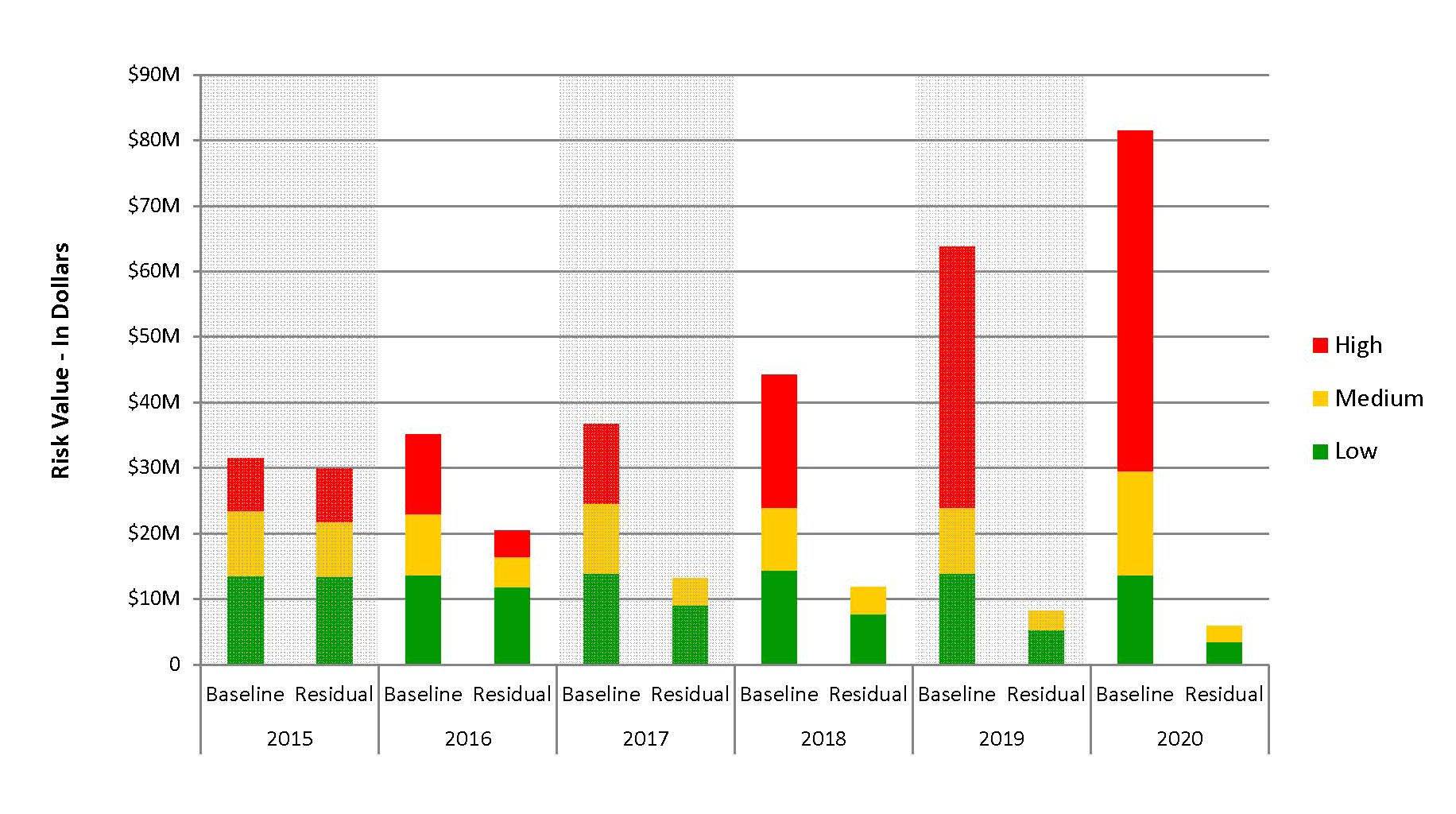 In the end, what Hydro Ottawa implemented was an enterprise-wide framework to consistently assess investments and realize the greatest value from its assets. It will allow the company to:

“We now have a robust process in place to create, manage and optimize all of our asset investments across the distribution system,” said Jim Pegg, Hydro Ottawa’s manager of asset planning. “With Copperleaf C55, we now have much better visibility into the sustainment needs of our asset base over the long-term, and we can clearly demonstrate that our investment plans are aligned with our company priorities.” 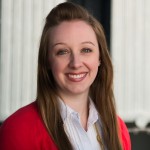 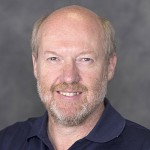 Jenna Van Vliet is supervisor of asset planning, Hydro Ottawa. Jenna received her Bachelor of Applied Science in Electrical Engineering from Queen’s University in 2007, and is a registered professional engineer with the province of Ontario. She has worked at Hydro Ottawa for six years, managing the distribution planning and asset management team.

Boudewijn Neijens is CMO, Copperleaf Technologies. Boudewijn holds a Master’s Degree in Mechanical Engineering from the University of Brussels and an MBA from INSEAD in France. He is vice-chair of the Institute of Asset Management’s Canadian Chapter, and president of the Plant Engineering and Maintenance Association of Canada’s B.C. Chapter. 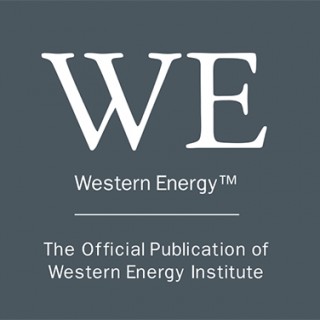