Much of the nation’s energy system is vulnerable to extreme weather events, which are occurring with greater frequency, intensity and length, due to the impacts of climate change.¹

While the U.S. energy supply system is generally diverse and robust in its capacity to provide service with few interruptions, outages have increased over the past three decades, and infrastructure damage due to extreme weather events is becoming increasingly costly.²

To anticipate and meet both the short- and long-term needs for energy imposed by climate change, environmental intelligence can help the industry make decisions to prepare for risks, protect assets, and develop infrastructure resilient to the impacts of climate change.

To assist in building a reliable domestic energy future, the National Oceanic and Atmospheric Administration (NOAA) provides decision-makers with the environmental intelligence, data and expertise to effectively anticipate changes, prepare for risks, and invest in a more resilient future.

Changes in extreme weather events and climate conditions have already been observed. These include an increase in extreme precipitation events, sustained summer heat, and intensified drought and winter storms. Each of these has the potential to threaten the efficiency and reliability of energy production and distribution. Combined, these events represent a significant threat to the U.S. energy supply system. For example, when Hurricane Sandy struck the east coast in 2012, eight million customers across 21 states lost power, costing an estimated $27 to $52 billion, when accounting for lost wages, inventory and the impact on industrial productivity.²

Two-fifths of the nation’s freshwater use is for power production.

The Risky Reliance on Water

One specific risk to the U.S. energy industry imposed by climate change is the industry’s increasing dependence on waning water resources. Two-fifths of the nation’s freshwater use is for power production.4 In fact, nearly every form of energy production employed in the U.S. today relies on sustainable water resources, including fossil fuels, nuclear power, biofuels, hydropower, and some solar power systems. This highlights the potential consequences of the decreasing availability of water due to changes in rainfall patterns and reduced snowpack.

The Impact of Rising Temperatures

In the U.S., temperatures have been above average during 12 of the last 14 summers, and this trend is expected to continue.5 Naturally, there will be a commensurate increase in energy use because of higher temperatures.¹ For instance, in summer 2007, triple-digit heat in North Carolina raised the water temperature so high that Duke Energy’s Riverbend and G.G. Allen coal plants on the Catawba River could not operate. Consequently, the utility was forced to scale back production, which caused electricity blackouts.4 This example foreshadows potential impacts to other regions with significant, water-related stresses, which include the Southeast, Southwest and Great Plains areas. The Electric Power Research Institute’s scenario-based technical projections of water demand in 2030 found that one-quarter of existing power generation facilities nationwide are located in counties facing water sustainability issues.¹

The Value of Environmental Intelligence

The National Weather Service and National Hurricane Center provide severe weather emergency alerts, which can help offshore operations prepare for and recover from the impacts of hurricanes. During Hurricane Isaac in August 2012, the U.S. Bureau of Safety and Environmental Enforcement reported that oil and gas production was safely shut down and restarted within days of the event following information received through environmental intelligence.¹

Additionally, environmental intelligence can aid in the assessing equipment requirements for heavy power line loads during extremely hot or other severe weather. The Severe Weather Data Inventory (SWDI) generates information critical to the detection and evaluation of severe weather, as well as preliminary and verified reports of storm damage. These and other environmental intelligence sources can help the energy industry prepare for changes brought on, and exacerbated by, climate change.

One of the best paths toward reducing the energy industry’s long-term vulnerability to climate change impacts is to further diversify its portfolio. The National Oceanic and Atmospheric Administration (NOAA) has been working with industry and other Federal agencies to research weather-driven, renewable energy.

For instance, NOAA has partnered with the Department of Energy (DOE) and two private wind-energy companies on the Wind Forecast Improvement Project (WFIP). It is working to determine the best locations for future wind and solar energy plants, using weather data and models that develop more accurate wind forecasts from improved atmospheric observations. This environmental intelligence will provide greater certainty for electric grid operators, which will enable them to manage their fossil fuel power plants more efficiently. This also will help lower costs and emissions. Preliminary results show a reduction in forecast error, which has already translated into cost savings for energy generators.

In addition, NOAA released the Solar Resource Assessment, which includes a new solar resource database, which is being used by the solar industry to estimate the availability of solar energy in the U.S. Through these projects, NOAA can help diversify energy sources, and support the development, siting, and efficiency of renewables. 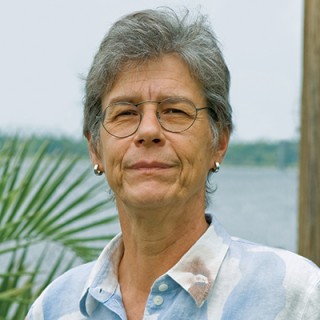 Margaret A. Davidson is NOAA’s senior advisor for Coastal Inundation and Resilience Science and Services. She lives in Charleston, South Carolina, at 8.5 feet above an adjacent marsh.