As a new Questar employee, Colton works with Danny Hansen—a 40-year technical-service expert and a key contributor to Questar Gas’ good practices manual for gas piping and appliance installations. Recently, the two went into a funeral home to clear the building after an excavator punctured a four-inch gas line in the street the night before.

“Fortunately, there are no dead bodies in there,” whispered the business owner before they entered the building.

With flashlights and gas detectors in hands, Colton and Danny proceeded down a long hallway, through the funeral home’s parlors and down to the basement. Under the stairwell, the ticking sound from Danny’s TIF gas detector became a siren. Colton checked his rover detector and told Danny, “One percent.” They left the doors open and, within 30 minutes, the building was clear of gas. Soon they were checking and relighting the appliances.

Relighting the appliances is a service that the funeral-home owner appreciated, but it’s not routine for the majority of gas technicians today, as it is something that many utilities stopped doing over 10 years ago, according to Vaughn Shosted, general manager of operations, Questar Gas.

“Prior to the 1990s, many natural gas utilities provided appliance-repair services for their customers,” Shosted said. “Back then, if a customer called and said they had no heat or they could smell gas, we’d send a service technician. Whatever the problems, our techs were quick to fix them — even if it included a new part. Customers paid us for the parts and an hourly service rate, and we were pleased to help them.”

Things changed in the 1990s, however. Plumbing and heating contractors were concerned that Questar Gas’s services were taking away business. It was a time when the energy providers were working to be more competitive, and were implementing cost-cutting measures. Some utilities quit going inside with gas detectors, but Questar Gas didn’t.

“It wasn’t just the contractors putting pressure on utilities to stop in-home services,” Shosted said. “It was a time when utilities were looking for ways to streamline services, and there were also concerns about the liability of utilities going beyond the meter, and into homes to inspect piping and equipment. The easy way out was to check the lines outside, shut off the meter to the house, and leave a notice advising the customer to call a licensed contractor.”

the company realized the best balance between safety and customer service depended on well-trained employees. This meant going back into the house.

By 2000, most natural gas utilities no longer provided piping and appliance checks. Some utilities simply stopped looking beyond the meter and left their customers with few options. Sometimes it meant a long wait for service from a contractor and an expensive fix, or new appliance, which may not have been necessary.

“We saw how the declining service was becoming a safety issue,” said Shosted. “We knew customers trusted our service people. We provided customers with knowledge and the confidence they needed to speak with a contractor about their problems, and contractors were able to focus on fixing those problems. When the industry moved away from the service, we followed, but we still checked for gas in the home.”

Shosted said that several of the company’s technicians ended up taking early retirement and others transferred departments during the decade. Fortunately, the company had established a free, customer-service hotline called Ask-a-Tech, where customers could speak with a pro about an appliance problem. “It was the best solution for helping us feel better about leaving customers with a meter that had been turned off,” he said.

Still, it didn’t take long for customers to express their negative feelings. They disliked the idea that experts with the natural gas utility were no longer checking their equipment or troubleshooting problems.

“Obviously, customers saw it as a takeaway,” said Shosted. “Our employees didn’t like it either. It was frustrating for those who had the skills not to be able to provide the help. Over time, those skills diminished. The only time we’d go into a home was after an accidental line break where we or the fire department had shut off the gas,” he said. In those cases, we’d check and relight the appliances.”

The company continued running its operations people through lab training using water heaters, furnaces, dryers and ranges, but it wasn’t enough. Some employees struggled in the field with checking and relighting unfamiliar equipment. Often they’d call a foreman or other employees for help.

Shosted said this is when the company realized the best balance between safety and customer service depended on well-trained employees. This meant going back into the house.

In 2009, Questar Gas rehired its trainers who had retired nearly 10 years earlier. These employees were the finest parts-replacement technicians during the 1970s and 1980s, and they became the company’s technical-service trainers during the 1990s. Today, they train and mentor the company’s newest employees and, on a rotating basis, shadow more seasoned employees.

A newly hired operations employee attends tech-training school for the first six weeks. The training consists of classroom work and time at the company’s emergency-response training facility (known as “simulated leak-training town”) with one-on-one instruction. Over the next six weeks, employees become part of a construction crew. In the final months of their probation, they return to service work in the field with a trainer. Once certified, they fall into the company’s rotational training process to enhance their skills.

It’s this type of training that becomes critical when inspecting the funeral home’s 1952 boiler. Colton read from the boiler’s Btu plate, “750,000 Btu per hour? Is that right?”

Danny replied, “Yes, it uses as much gas as seven furnaces. Now remember, this boiler has both an ‘A’ and a ‘B’ valve. Run through your safety checks and make sure the correct one is open before relighting. You don’t want the other valve on while lighting the pilot, or you could get burned.”

Colton and Danny then move on to a water heater and a high-efficiency furnace in another room. Within an hour, the funeral home is open for business, and the owner is pleased with the safety checks and service. It is a perfect learning experience.

“These young guys are teachable and appreciative,” Danny said. “If you have a sense of customer responsibility, then make sure customers are safe by providing them with a service. Colton gets this. He’s learning that safety includes a service, not just shutting off a meter and leaving. It’s about the interaction with the customer and a serious commitment to their safety.”

Questar Gas isn’t likely to do parts-replacement work again, but spending a few extra minutes to make an appliance safe, rather than just shutting it off, is the right thing to do, according to Shosted.

“Danny and others like him are helping to ensure the transfer of knowledge that we almost lost,” said Shosted. “That balance of safety and customer service is this: When called out on a gas leak, our employees check the service lines, and go inside the homes and businesses to check lines and appliances. They are able to identify problems quickly. Often, we’re able to explain the problem to the customer and why they need to contact a contractor for a new part or major repair. In the end, customers are safe and our customer-satisfaction ratings have never been higher.

“A real test of our techs’ skills occurred last year on Halloween day,” Shosted said. “An interstate pipeline operator forgot to open a valve after doing some maintenance work. A city of more than 700 homes lost gas service. Within 24 hours, 35 of our service technicians had restored service to each home. In many cases, we were able to take care of some minor safety problems in the home. The mayor, city council members and the citizens were amazed. Shutting off meters and leaving would have been unacceptable. Fortunately, we had the expertise to meet our customers’ needs.” 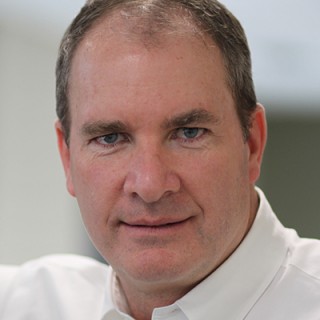