The first thing you notice when you sit down to talk to Josh Stallings: He smiles a lot. He smiles at the mention of his work. (He’s been at Southern Company’s Georgia Power for twenty years.) He smiles while talking about his family (at home and at work), but he’ll even smile when discussing issues he’s tackling, problems he’s unearthing and future planning in his business.

And it’s a smile not restricted to the mouth—not a tight, zipped kind of smile we all force on when meeting strangers such as me. It reflects in his eyes, and, even if you did not hear the charming accent, you’d know all too well he was from Georgia just from that smile of true Southern hospitality.

And perhaps that well-known regional hospitality is also responsible for his company’s on-going focus on the customer. After all, it would be truly un-Southern (as in both a native Georgian and a Southern Company employee) to not put others first, listen and be gracious (even generous).

So, despite lots of discussions these days about figuring out how to put the customer first, which is, in fact, a bit of new thinking for most utilities, Stallings was quick to point out that they’ve always been customer-centric at his company.

So, putting the customer first is, by far, nothing new for them. But, those years of focus has brought the utility new (albeit sometimes unstructured) data sets: These days, Stallings and his systems and standards team—and, by extension, the larger Southern Company as a whole—know a whole lot more about what customers really want, what they really need, and what their expectations are beyond just what customers are willing to reveal to surveyors and CSRs. (Stallings added that they do, in fact, survey customers multiple times a year.)

But the team isn’t just gathering data for the sake of data. There’s no data that goes unused with this group: They’re putting that knowledge about desires and idiosyncrasies to work, for both the company and its swath of customers across the South—sort of Southern hospitality responding in kind to Southern hospitality, you might say.

At the moment, Josh has his team unpacking outage communication with customers: what to say, when; how to keep customers informed without being intrusive; how to be transparent with outage recovery timing without adding to the frustration we all feel when the power is out and we can’t work, we can’t cook, we can’t binge-watch “The Mandalorian” to get our Baby Yoda fix.

Southern is working hard to make the outage info process adaptive, nimble and akin to Door Dash or Uber Eats, though Josh’s specific example was the pizza tracker that Dominoes, Papa John’s and even The Hut have where you can follow your double-pepperoni with extra cheese on its travels from oven to your front door.

That thinking—and its already-in-action plan-of-action—is Southern’s next step customer service, as in seeing energy delivery as just that, a service. Their first step to that “recovery tracker” end goal: They’re trying to beat your phone call to them with a message to you first saying a business-y version of, “We know. We’ve got this.”

And trust me when I say Stallings and his team have just that: They’ve got this.

With lots of experience and a devotion to making a customer happy, Josh Stallings is building the best outage comms the utility world has ever seen (or he’s trying to), but that dedication’s not really all that new for him. It runs in the family. His dad built Georgia Power’s local office in the small Georgia town Stallings grew up in; so building things for Southern could be called a Stallings family tradition.

And while working for Southern could be called another Stallings family tradition, for sure, Josh wanted to serve his community and his fellow man by going into the defense industry after the tragedies of 9-11. He quickly realized, however, that Southern was where he belonged and that he could, in fact, serve his community and his fellow man where everyone lives and works daily by picking up that Stallings family tradition and returning to Georgia Power/Southern Company.

And staying 20 years? Well, Josh says that’s been easy for a number of reasons, not the least of which is that chance to serve his community every day. He also loves the team he works with, full of SMEs with 30 and even 40 years in this business, and he finds their commitment to the company and the customer both inspiring and humbling. (He also said working with them is his very favorite thing about his day, every single day. And I’m not sure how many people honestly feel that way about their officemates and coworkers.)

And, despite all those traditions and relationships that make Stallings such a Southern Company stalwart, he’s also enjoying the evolution of his company, seeing the fruition of all those years of customer thinking: how it’s changing his utility for the better, with the potential of changing every utility for the better—the definition of evolution in the nutshell of a customer revolution.

In the end, Stallings summed up outage comms plans, reliability numbers, customer service goals and even future-planning at his utility simply: They’re already good, which makes a Southerner happy, but they can always improve. Now’s not the time to rest on laurels but to keep moving forward and get better survey results and increase satisfaction in smaller, more localized customer groups. 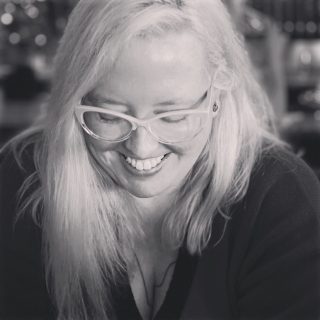