Virtualization technologies have been in place at Salt River Project (SRP) for over 20 years. They offer a solution for running applications and desktops over high-latency connections, to power plants located hundreds of miles from SRP’s corporate IT location. However, only recently has SRP expanded its use of virtualization to meet the needs of its internal stakeholders.

SRP also had to solve the business need for its at-home workforce to provide customer service operations. It used to require a remote employee to connect via a virtual private network (VPN) to a physical desktop located at the main office. While this method worked, SRP realized there was a better solution that could enhance security and improve the operator experience.

Therefore, a project was launched to virtualize applications used by customer service agents and connect them to a virtual desktop that resides on data center servers. This would eliminate the need for physical desktops or laptops to run applications locally.

Nine months later, a virtual desktop infrastructure was built for virtual applications running from the corporate data center to users. The benefits of this design were immediately realized. SRP now had a standard desktop that was a fresh build every time the desktop was launched, whether it was at the beginning of the day or at the start of each shift. Updates and patches to applications could now be installed in a centralized environment within the data center, rather than having to apply updates on individual desktops across the organization. Changes to displays were also controlled from a central environment to ensure consistency among the various applications and virtual desktops.

As virtualization of applications expanded at SRP, so did the demand for mobility to access applications throughout SRP facilities and elsewhere. As more employees began using tablets, the need to run applications across different operating systems and devices became greater.

Therefore, SRP enabled the mobility of end users’ applications and virtualized them to run on multiple platforms. This mobility also allowed employees to work outside of corporate offices in case of a natural disaster, and it enabled SRP to quickly configure and virtually deploy over 150 desktops for external use.

Important lessons were learned in the course of building this virtual environment. It is crucial to ensure collaboration among various business areas and across IT departments. The support needed for such an endeavor requires IT teams to:
• develop standard operational procedures,
• build a sustainable support model to respond to incidents, and
• have the requisite expertise on each team.

SRP chose a support model that had the desktop team assist customer incidents and enhancements, while also working with multiple IT teams to provide seamless support. Virtualization baseline and monitoring tools were also used in the early stages of deployment to oversee critical business applications, to provide metrics on performance, and to establish benchmarking standards for subsequent upgrades and improvements.

SRP enabled the mobility of end users’ applications and virtualized them to run on multiple platforms.

The future of virtualized desktops and applications at SRP is expected to continue growing as it implements the use of thin clients in the organization, starting with SRP’s contact center. A thin client is a lightweight computer that is built for remote access to a server. To improve user experience, SRP’s desktop operations team is testing thin client solutions to eliminate larger-format desktops. These configurations provide employees with a virtual desktop at boot up and allows access to virtual applications from SRP’s corporate data center.

Virtualization will also expand into corporate conference rooms at SRP, providing a golden image desktop — also known as a master image template — with installed core applications. Presently, conference rooms are configured with physical desktops that can become cluttered with user profiles and changed settings that are a burden to manage. By implementing a virtualized desktop in conference rooms, updates will be managed from a central server hosting the desktops and applications, a fresh desktop build will be presented at each login, and costs will be reduced with the purchase of thin clients that range from $75 to $150, versus a desktop that can cost more than $1,000.

SRP has invested in the expansion of virtualization after years of developing these technologies to facilitate at home workforces, to improve user experience, and to automate the building of desktops and application deployments. The future of virtualization at SRP is going forward using state-of-the-art thin clients to present applications and desktops to employees. Not only has SRP improved user experience by providing mobile solutions via virtual technologies, but we have improved the efficiency of managing multiple applications and desktops from SRP’s centralized corporate data center. 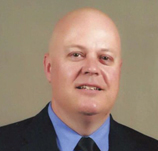 Shanon Jones is the manager of desktop operations at SRP. He has worked with the company for 30 years in various fields, including engineering applications, server support, network support and on the operations applications team.