Transforming to a Cleaner Future

In 2016, TransAlta signed an agreement with the government of Alberta to go off coal by 2030. However, the company is on target to achieve that goal in 2021 — nine years ahead of the government’s deadline.

The plan means that Canada’s largest investor-owned power company will provide reliable and affordable electricity to its customers as it transitions to cleaner generation.

“We’re motivated to find solutions that keep our customers competitive, our communities strong and maximize the economy of existing assets,” says Jennifer Pierce, TransAlta’s senior vice president of energy trading and marketing. “Finding a way to transition our thermal plants from coal to gas uses those assets responsibly.”

Pierce knows the power company is no stranger to change. A renewable energy provider since 1911, TransAlta also has diversified into other fuels in a responsible manner.

Historically, most thermal generating stations in North America used coal as a fuel. By contrast, TransAlta’s first thermal plants used natural gas, which was cheap and abundant in Alberta in the mid-1950s. It then transitioned its thermal generation to plentiful and even less expensive coal in the 1960s.

Coal-to-gas conversions provide a way to maximize the life of existing infrastructure and fuel assets, while providing affordable and reliable cleaner power. 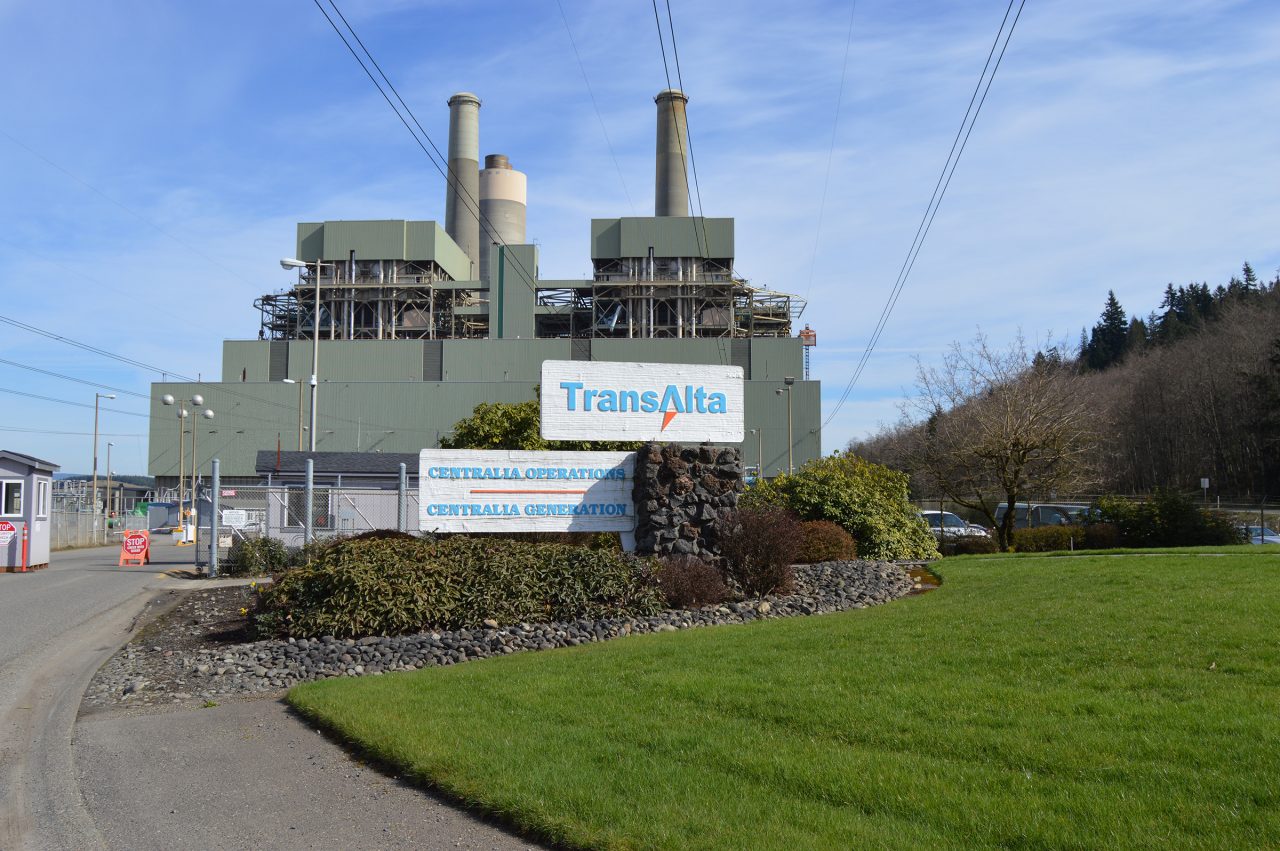 The Centralia power plant in Washington State is the model TransAlta used to craft the Alberta solution. In 2011, the company collaborated with locals to turn the challenges at its Centralia coal plant into a blueprint for opportunities.

The result of this collaboration was an agreement reached by TransAlta in 2011 to transition its two thermal units off coal in 2020 and 2025. As the only coal-fired facility in Washington, the company’s move is paying statewide dividends and building relationships.

“Our intent was to retain a competitive position in Washington State,” recalls Bob Nelson, managing director of TransAlta’s Centralia operations. “The agreement gave us greater certainty going forward, and it is allowing us to look at future generation opportunities in the state.”

In 2011, Washington’s then-Governor Christine Gregoire encouraged TransAlta’s President and CEO Dawn Farrell and the Sierra Club of Washington State’s Bruce Nilles to craft an accelerated, coal phase-out solution. Both sides had to compromise. The Beyond Coal campaign and TransAlta’s goals came together, Farrell recalls. “We created a way to do a coal transition years before others in our sector,” she said. Labor, environmental groups, community leaders and legislators all participated in the process.

TransAlta is also exploring coal-to-gas conversions for its Centralia thermal units. As part of the 2011 agreement, the State of Washington included expedited permitting if the company chose to transition to natural gas. With an increasing emphasis on renewables, customers are going to need backup capacity to firm the load. Under a long-term contract, natural gas could be a way for TransAlta to meet the demand for reliable and affordable electricity as more renewable power continues to be integrated.

COLLABORATING TO BUILD A STRONG COMMUNITY 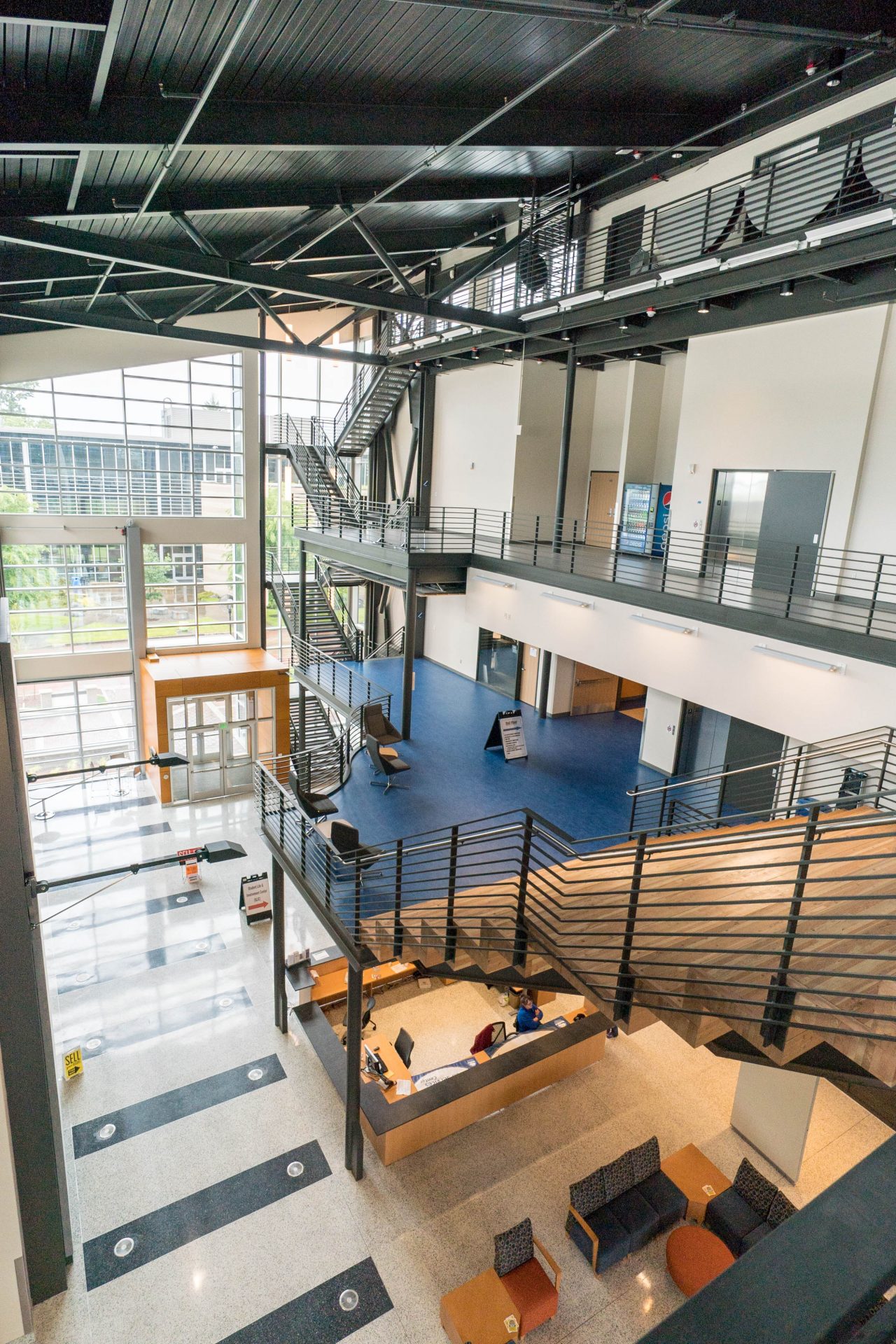 The deal included $55 million of community investment over 10 years, and includes additional environmental controls, economic development initiatives and retraining. TransAlta had already partnered with Centralia College to provide scholarships and to build a new college commons. By the fall of 2017, it will house the school’s admissions center, student support services, the college bookstore, future technology classrooms, an expanded cafeteria, and a 500-seat dining and meeting space for the campus and community. 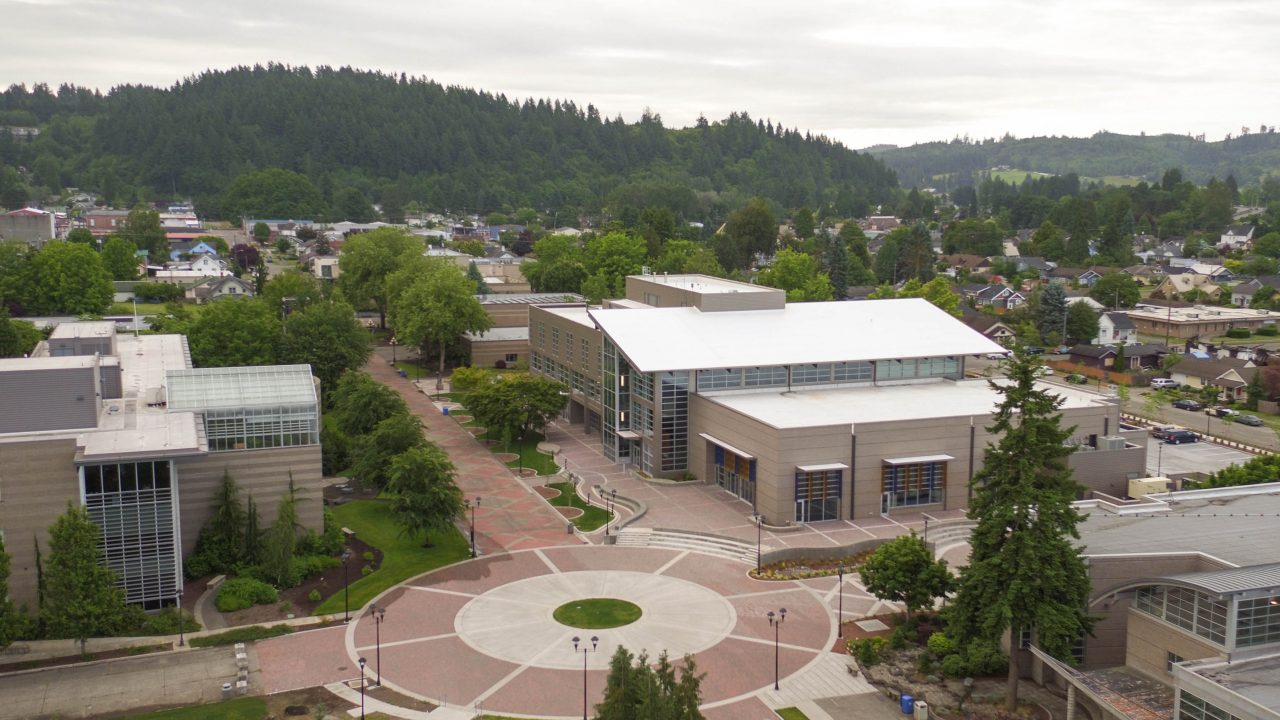 TransAlta Commons at Centralia College in Washington opened in the spring of 2017. (TansAlta)

ALBERTA ACTION
Dawn Farrell used the Washington example in Canada when it came time for Alberta’s coal transition. “The memorandum of understanding they signed with us to transform our coal fleet and develop new renewables also became a key feature,” she says of the collaboration with the Alberta government.

A newly elected NDP provincial government in 2015 decided to go off coal quickly. Its Climate Leadership Plan included an unexpected deadline: Alberta would be coal-free by 2030.

As Alberta’s largest coal generator, TransAlta rose to the challenge. Already the largest producer of renewable power in the province, it applied its wide range of expertise to the new opportunity.

At the end of 2016, the Alberta government and TransAlta unveiled a plan to take the province from 60 percent coal in 2015 to 100 percent gas and renewables by 2030 or sooner.

“Instead of worrying about the future,” Farrell told the TransAlta team, “we’ll use analysis and innovation to work our way to finding cheaper and more-compelling offers for our customers. In other words, we’ll replace worry with work. It’s my go-to strategy for what always seems like an uncertain future.”

Technology, collaboration and a price on pollution are working together to make progress on the goal.

More renewables, including additional wind, solar and hydro, are part of the mix. Coal-to-gas conversions of thermal plants will continue to provide base load for the electricity grid. And adding pumped-storage to the 1960s-era Brazeau hydro facility may provide more power and act as a battery to help firm the system.

As the first pumped-storage facility in the Canadian West, the Brazeau expansion project also has the potential to generate 600-900 MW of additional power for the grid.

TransAlta also announced plans to retire one of its oldest thermal plants, mothball another, and convert eight units at thermal plants to natural gas — reducing their emissions by 40 percent.

Public policy decisions are a major driver too. Alberta’s carbon price — $20 per ton in 2017 and increasing to $30 in 2018 — also provides an economic incentive to reduce emissions. The Canadian government has a plan for a national carbon price as well.

In March 2017, Alberta began the competitive process to purchase electricity as part of its Renewable Electricity Program. Successful low-cost bidders will receive a 20-year contract to supply renewable power. In June of 2017, TransAlta entered three wind project proposals into the Alberta government auction for renewable power.

The province also decided to move from energy-only electricity marketing to a capacity market system. When implemented in 2024, it will provide an incentive for construction of renewables, ensure long-term contracts for power, and add an element of investment stability to the electricity system in Alberta.

HUGE GOALS AND A SHORT TIMELINE
“My job now is to accelerate our transformation from old world to new world — from coal to gas and renewables — from an Alberta company to Canada’s leading clean power company,” said Farrell.

Header Image: McBride Lake wind facility in Fort MacLeod, Alberta. The facility is made up of 114 Vestas V47 wind turbines and is one of the largest wind farms in Canada. (TransAlta)

David Finch is a public historian and has helped prepare TransAlta’s centennial publication, “Power Generations: The TransAlta Story, 1911-2011.” He is the author of more than 20 books on the history of the Canadian West.