Drones are proving to be quite beneficial in industries as diverse as mining, real estate law enforcement and now, utilities.

Technically called Unmanned Aircraft Systems (UAS), drones were developed by the military over 40 years ago; and they have been used in various scenarios to provide situational awareness and surveillance. It wasn’t until the last few decades, when drones became smaller and lighter, that other industries started to take advantage of drones’ wider applications and benefits.

The utility industry has begun to recognize the potential value of drones to quickly and efficiently inspect transmission lines, for emergency response and routine maintenance. Capable of carrying a high-resolution camera and other sensors, they offer significant safety benefits in that they can help inspect tall structures that otherwise would have to be climbed. Towers, conductors and hardware connections can be monitored at close range from a drone, and power lines can be surveyed for vegetation management and control.

Other utility uses for drones include:

Drone technology also can improve workplace efficiency because they are more affordable than manned aircraft or satellite imagery. Also, they can provide safer access in certain remote areas. Despite the benefits, the utility industry generally is still unsure of the true cost benefit or case value of drones because their use comes with some significant implementation challenges.

In the early days, the Federal Aviation Administration (FAA) mostly remained uninvolved in drone regulation, but as they became more popular, they recognized that drones could jeopardize the safety of the airspace. In 2012, Congress passed the FAA Modernization and Reform Act, which included language related to unmanned aircraft systems. This past February, the FAA published its Notice of Proposed Rulemaking on the Small UAS rule, and the final rule that will govern drone operations is slated for mid-to-late 2016.

It will take a unified voice from the utility industry to push against the regulatory barriers to enable drone use.

Most in the drone industry were pleasantly surprised by many of the allowances the FAA outlined in the draft rule, but they also were frustrated with many of the limitations in the rule that could prohibit the growth of the commercial market in some industries, such as utility, oil and gas, railroads and others.

Some of the positive allowances in the rule include:

The FAA also opened discussion about creating a separate class of drone (under 4.4 pounds), which could be regulated under different sets of rules on a more risk-based basis. Many other countries have implemented a risk-based approach to drone regulation and have created appropriate rules based on various weights. The FAA is now open to having a conversation about regulating smaller drones differently.

While these allowances were welcome, the proposed restrictions would make integrating drone programs very difficult for some potential commercial industries. Most challenging is the restriction on not allowing an operator to fly a drone beyond their line of sight or to pass along control of the drone from operator to operator over a long distance. This would limit operations to daytime only and would only permit the operation of one drone per operator. Also, drones would not be allowed to fly in congested areas or over people not involved in an operation. Last, the 500-foot altitude ceiling may be a restriction for some uses.

So what does the proposed rule mean for the utility and power industry, and others? For some operations, such as monitoring close-range transmission lines and towers, or to map small areas to monitor vegetation, small, affordable drones are still able to perform these operations effectively under the proposed restrictions. However, operators who want to monitor long-range transmission lines would not be able to fly beyond their line of sight. In addition, while many monitoring areas are remote, if any drone operation occurs where workers are present, such as several workers standing at the base of a tower, the area would need to be cleared of people. That does little for workplace efficiency.

As the industry awaits greater clarity on regulations, other challenges exist with drone development. Small, multi-rotor drones have limited endurance times, which reduces their ability to monitor power lines. In addition, drone stability in high winds or heavy weather is unpredictable, and there are still questions about communication security.

Greater industry development is required for many of these smaller systems to determine their true value and benefit. End users want real-time data, but they want a tool that is easy to employ and understand.

For example, drone platforms themselves are just vehicles that collect data. But if the data is not properly analyzed or packaged, then it is of little use to an end user. A utility inspector simply wants to know where there are fractures and stress points in a transmission line, and he or she wants this information without having to pour over image after image to find problems.

Fortunately, the latest trend in the drone industry is not focused on the development of the actual platform or vehicle, but on the software that enables the drone to operate and collect information. Many companies are focusing on how to best enhance the technology, or the brains, within the drone. Currently, there’s a gap in understanding of value and need. While various commercial industries do not fully understand the value of drones, likewise, the drone industry does not fully understand a power company’s requirements. Work by both sides is needed to boost the technology’s usefulness and applicability.

For the utility industry and others, the return on investments for drones is still unknown. Some industry groups are conducting studies to determine the best end-use case for drones beyond the above-stated benefits. For a utility company to invest precious resources into implementing a drone program, it wants sure returns. To date, no organization, group or individual has successfully created a robust end-use case to validate large-scale investment. 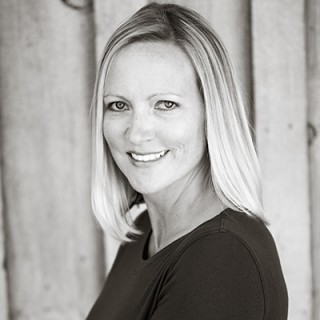 Gretchen West is a senior adviser at Hogan Lovells, focusing on innovation and technology, and serving as a member of the firm’s Unmanned Aircraft Systems (UAS) Group and Government Regulatory Group. West is an industry-leading advocate for commercial drones, innovation, entrepreneurship and robotics, having spent 10 years focused on reducing industry challenges as the executive vice president of the Association for Unmanned Vehicle Systems International (AUVSI).