Emergency preparedness and business continuity planning is crucial to a timely response to business disruptions - whether they are caused by weather impacts, cyber attacks, or equipment malfunction. This forum provides an open discussion on pressing topics surrounding utility emergency planning and operations. Through this and the Western Region Mutual Assistance Agreement, leaders develop relationships that will prove beneficial to members in an emergency. The spring ERAP program is open to utilities and service providers, and precedes the WEI Operations Conference. 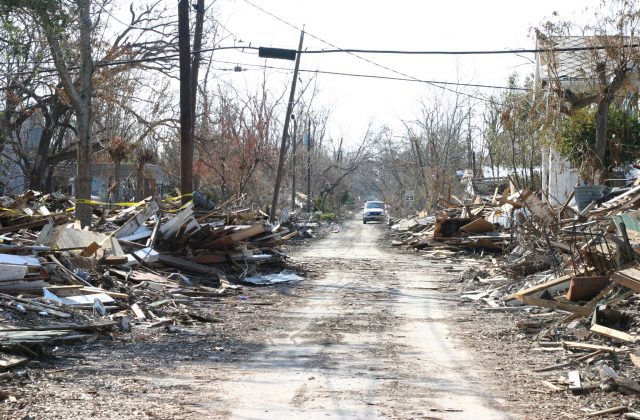 Closed meeting for the WRMAG Chair, Vice Chair, Secretary, Secretary In-Waiting, and Custodian to the Agreement.

Arrive early to reconnect with others before we officially kick off the 2019 ERAP meeting.

On December 20, 2018 a severe windstorm hit B.C.’s South Coast, subsequently becoming  the most damaging storm BC Hydro has experienced. The storm left more than 750,000 customers without power and damaged or destroyed thousands of pieces of electrical equipment. Responding to the storm involved the single biggest mobilization of staff, contractors and resources in BC Hydro’s history.  During and after the event, BC Hydro took an aggressive approach to communicating with customers, communities and the government of British Columbia, effectively shaping the content and tone of messaging though all of our channels.

Learn from BC Hydro’s approach to integrating various communication channels within its ICS structure.

In early November of 2018, the massive Camp Fire blazed through Butte County, California, becoming the deadliest and most destructive wildfire in California history to date. Tillamook PUD will share their experience sending crews to Paradise, CA to assist Pacific Gas & Electric with power restoration efforts after this devastating disaster. Tillamook PUD will also cover their recent response to assist Consumers Power, Inc. and Emerald PUD after a massive snowstorm hit the Southern Willamette Valley of Oregon.


Welcome Reception at the Hotel

Program participants will be surveyed on their current state in using ICS at their utilities, rollout of initial training programs, and how to maintain proficiency over time. Results of the survey will be shared with the group and then there will be an open discussion on ICS best practices.

As the role of contractors used to support utilities during major storm events continues to grow, we will look at the contractor emergency response structure and how they can best support the utility, including the differences when use of contractor crews and utility crews as well as lessons learned around mobilization and safety.

What would you do with three minutes of warning that strong shaking is on the way from a Cascadia Subduction Zone Earthquake? The ShakeAlert earthquake early warning system now covering the West Coast of the US is in operational mode, is producing such warnings for all earthquake greater than M 3.5.

New University of Washington innovations add real-time GPS data to the strong motion seismic data to accurately characterize great earthquakes in less than a minute by measuring the ground displacement caused by the fault rupture. This talk discusses recent developments in our understanding of regional earthquake and tsunami hazards. We will also discuss the operational ShakeAlert earthquake early warning system that could be releasing public alerts in 2020.

Utilities are operating in increasingly difficult constraints on their capital and opex budgets. Over the past several years, utilities have started experiencing increased pressures due extreme events such as wild fires, unexpected equipment failure, sabotage and crew/public safety mishaps. To address this, utilities are looking at using automation, communication technologies to provide adequate emergency response. This presentation discusses the use of PSBN within the utility operating environments to enhance emergency response and management capabilities. Wild fire mitigation and equipment failure will be used as examples to illustrate the technology, people and process aspects of this new development.

RAMP-UP is a tool that the WRMAG uses to track resource requests and offers during incidents, regionally and nationally.  Earlier this year, the Edison Electric Institute discussed a timeline for creating a RAMP-UP road-map.  The purpose of the road-map is to identify potential enhancement opportunities for RAMP-UP and build a project plan to complete those “approved” enhancement over the next couple of years. EEI is asking each Regional Mutual Assistance Group (RMAG) to consider having a group discussion at their spring conference to identify improvement opportunities for RAMP-UP.  After the spring conferences are completed, EEI will compile all of the suggestions and schedule a meeting with the NMART Officers to review road-map suggestions and develop the proposed road-map.

Over the years, the methods used to prepare and respond to incidents have evolved. Incidents effecting utilities are becoming more complex and utilities are held to ever expanding expectations. Is your incident management solution ready at a moment’s notice to support your departmental and enterprise wide critical decision-making when an incident occurs? In this session we will exam what are the characteristics that make for successful incident management solutions for Utilities to address today’s challenges.

Attendees will get the opportunity to submit topics throughout the day to address during this session.


Wrap Up and Action Items

As we wrap up the 2019 Emergency Response + Assistance Practices meeting, we will identify topics for consideration at the 2019 WRMAA Annual Meeting.

Bill Steele has directed the Educational Outreach and Communications Program for the Pacific Northwest Seismic Network (PNSN) at the University of Washington, since 1993. He works closely with news reporters and filmmakers to provide hazards information and coordinate scientist involvement in development accurate and interesting news reports and documentaries. Bill also supports interdisciplinary and interagency cooperation between university, government agencies, and private sector organizations to identify earthquake and volcanic hazards, community vulnerabilities, and mitigation opportunities.

Bill has been recently touring the PNW introducing the ShakeAlert, West Coast Earthquake Early Warning Project (EEW) to businesses, utilities and public agencies. He collaborates with companies and public agencies to identify opportunities to implement automated loss reduction actions triggered by ShakeAlerts. Bill manages pilot projects and Technical Assistance Agreements on behalf of the USGS Washington State. He is also seeking to document how EEW can be used to reduce injuries and economic losses during an earthquake and speed recovery. Bill assisted the Whitehouse Office of Science and Technology Policy in the development of the Whitehouse Earthquake Resilience Summit in February 2016 which focused on the promise of the ShakeAlert system.

Bill serves on a number of NGO boards including CPARM (Contingency Planners and Recovery Managers), and he is founding member of CREW (the Cascadia Region Earthquake Workgroup). He lives with his wife Mea in the University district where they are tending their gardens and celebrating grandparenthood.

Brian Standish is Vice President of Business Development for Quanta Services, where he has corporate responsibility for the company’s strategic growth initiatives at an enterprise level, as well as emergency response operations. He also leads Quanta’s business development initiatives around energized services and underground electric.
Prior to his current role he oversaw Quanta’s Marketing and Communications group and held positions in the areas of business development, project management, marketing and operations for several of Quanta’s operating units in both the electric and oil & gas divisions.
Standish is a graduate of Texas Christian University in Fort Worth, TX, where he received a Bachelor of Business Administration. He and his wife reside in Bellaire, TX with their three children.

Dan is the Executive Vice President of Varius Inc and a registered professional engineer in the State of Washington. For the past 38 years, Dan has specialized in providing consulting engineering services for Northwest municipal utilities as the co-founder and past CEO of RH2 Engineering. Dan has developed some of the most cutting-edge designs for the Northwest’s most innovative projects, from zero-energy homes to earthquake early warning technology.

Erin Swearingen is a Certified Business Continuity Professional (CBCP) with over 20 years of experience in business continuity, disaster recovery and emergency preparedness and management. Erin has designed and implemented business continuity programs for various industries including the utility and financial industries.

Erin has been with Avista for over 8 years and has implemented the Enterprise Business Continuity program which includes business continuity, disaster recovery and emergency operations response. She has also developed and implemented emergency response and life safety programs, promoting employee safety, personal preparedness and preparedness education.

Chris joined the Edison Electric Institute (EEI) in 2002 and serves as Senior Director, Preparedness & Recovery Policy at the Edison Electric Institute in EEI’s Security and Preparedness Group. Chris is responsible for a number of key business and operations continuity policy issues including national-level mutual assistance and emergency preparedness, spare transformer and equipment sharing programs, emergency cross-sector transportation initiatives, and the industry’s expanding use of unmanned aircraft systems (UAS). Prior to his responsibilities within EEI’s Security and Preparedness Group, Chris led the Institute’s external facing and collaborative industry activities related to smart grid and grid modernization.

Prior to joining EEI, Chris worked at the Nuclear Energy Institute (NEI), the policy organization and trade association of the U.S. nuclear energy industry and International Access Corporation (IAC), a Washington, DC‐based business research and consulting firm specializing in the U.S. and Japanese electric power sectors.

Chris received his undergraduate degree in Politics from The Catholic University of America, and his masters in International Business from The Johns Hopkins University.

Find Out About Our Sponsorship + Vendor Opportunities

Benefits of Working With WEI